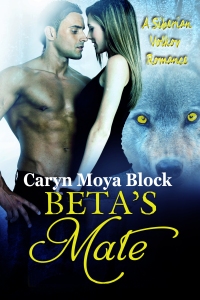 Brenda Scott, while being cured of cancer, had her world turned upside down when she shifted into a wolf. Now living in Quebec with her new pack, she wonders if her dream of being in a special operations unit is forever out of reach. Then there is the quiet man who watches her with the yellow eyes of a wolf wanting his mate. Will she be able to adapt to her new wild urgings?

Granger Thibault wants his mate more than anything in the world. But he knows that if he pushes her, she will fight back. Once a soldier and the Alpha female’s litter mate, Brenda is a force to be reckoned with. Can Granger find a way around Brenda’s hard shell to the soft woman waiting to be loved? 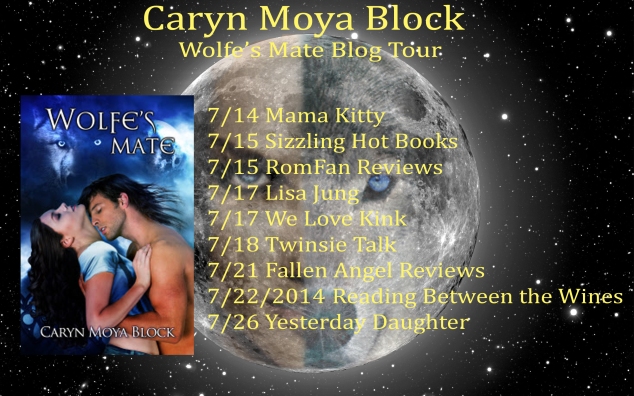 Come by and leave a comment to win a free ebook copy of Wolfe’s Mate. 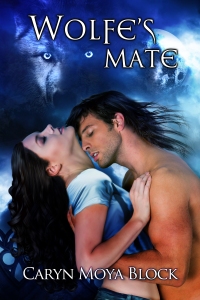 A Siberian Volkov Romance
Esme Fortescue is struggling to find her balance when her brother accidently turns her into a lycan while trying to cure her cancer. Then Esme is shot and almost dies. But the lycan mating
bond snaps into place, and between her mate and the lycan healer, she is able to shift and heal her injuries. Now her brother is working on trying to return Esme to her human state, while her
lycan mate visits her in dreams that leave her wanting. Still struggling to find herself, Esme wonders if real life can live up to her dreams?
Jared Wolfe has had to wait six months before he could leave to find his mate in Paris. With the death of his beloved father and mother and taking over as the new Alpha of the Quebec Province, he has had his hands full. Unable to stand the separation from his mate, he visits with her in her dreams. Can his newly changed mate handle the responsibilities of being the Alpha female of his pack?

Caryn Moya Block burst onto the paranormal romance scene with her debut e-book Alpha’s Mate in January of 2012 which won the “Global E-book Awards for 2012” in contemporary romance. She was also named one of the “Top 50 Indie Authors for April 2012” from E-Reader Reviews. A Siberian Werewolf in Paris was a RomCon Readers’ Choice Award Finalist in 2014. Since then Caryn has continued to write, giving her readers three different series to choose from with Wolfe’s Mate being her tenth novel.Caryn loves romantic movies and stories that end “Happily Ever After.” She is an avid reader and writer who currently resides in the Virginia Piedmont. Her pack consists of her husband of over thirty years, two grown sons, a beautiful daughter in law, and granddaughter, one cat, one turtle, and four Shetland Sheepdogs. She suffers from “Multiple Sheltie Syndrome”, because one is never enough. She has been intrigued with the paranormal since seeing her first ghost at three years of age.

It’s Here! The Book Trailer for Wolfe’s Mate.
I really like this one.

When her brother accidentally turns her into a lycan, Esme Fortescue struggles to find her balance. Now while her brother desperately attempts to return her humanity, her lycan heartmate seduces her in her dreams.

Jared Wolfe has waited six months before claiming his mate due to the death of his parents and becoming the new Alpha of the Quebec Province. When Esme is in an accident and her brother disappears, Jared decides enough is enough and he can’t wait to claim her any longer. But will Esme consent to leave and can his newly changed mate handle the new Alpha?

Coming soon to Kobo, Apple and others.